Everything You Need to Know About Google’s Mobile Update

Have you been caught up in all the media hype surrounding Mobilegeddon? Ever since Google announced the algorithmic update would occur, back in February, website owners all over the world have been desperately attempting to edit their site so that it is recognised as mobile friendly?.

We started seeing the ?mobile friendly? tag on mobile search results while the client requests for responsive designs shot through the roof. As April 21st came and went, we all sat in anticipation, awaiting the effects as they slowly filtered out around the world. The initial feeling was anti-climatic as no results appeared to change, however, we are now slowly starting to notice changes. For example, Moz.com dropped from their number one position for the term ?seo? as they had a non mobile friendly site. They have however, stated that this was a decision by the team so they could test how easily it would be to recover from the algorithmic update and how long the recovery would take, risky!

Since Google announced the algorithmic update in February, approximately 4.7% of websites are said to have become mobile friendly. This is quite a significant step towards making the user?s life that little bit easier, so you can see the benefit of Google pushing this through.

If you want to have a quick check on your site, I would recommend taking a look at the Google Page Speed Testing Tool. From here you will find out further details regarding the time it takes to load up the page on your site and how ?mobile friendly? the webpage is. I would recommend testing this out for a few pages on your site. The tool will highlight a number of areas where you can improve the quality of your site for mobile friendliness and speed. For example, for speed, it will often highlight image compression as a regular issue, while for mobile friendliness, a common issue is making ?size tap targets?. 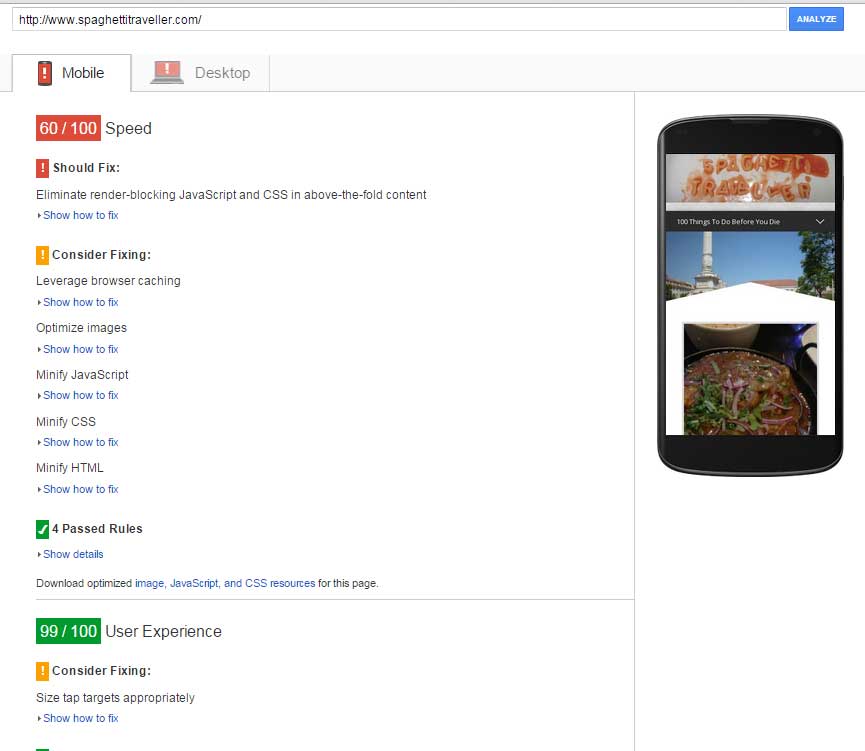 It should be noted that your page speed will not be considered in regards to this algorithmic update, however, it is still a key area to look at when attempting to improve the site. The time people are willing to wait for a page to load on a mobile is much lower than desktop users, so if you want to avoid a high bounce rate and lost valuable traffic, I would recommend getting these issues fixed as soon as possible. Most sites I have dealt with have a page speed between 60-80 on desktop and 50-80 on mobile.

If you want to see what your website looks like on a number of mobile devices, don?t waste your time going through everyone?s phone in the office, there is a shortcut. Go to your website on Chrome, then click on the Chrome control settings button (top right, three horizontal lines). Then scroll down to ?more tools? and click on ?developer tools?: 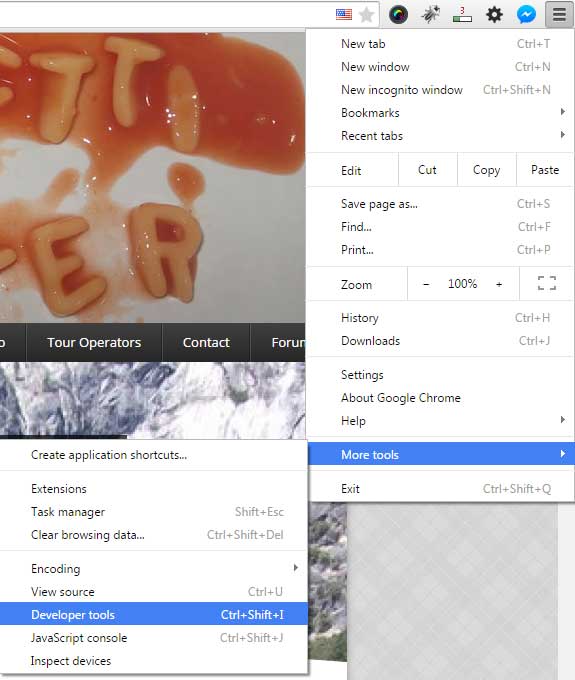 From here, you need to click on the little mobile phone that comes up on the top left of the screen:

Once you have clicked on the mobile phone, a grid will come up for your website. At the top left, click on ?device? to choose what type of phone device you would like to see your website on: 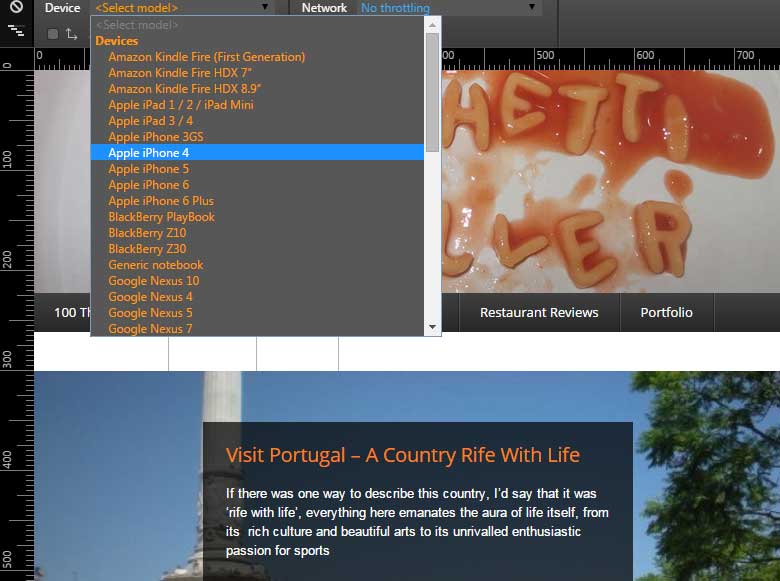 One key thing to remember when optimising for mobile users is to ensure the main point of the page isn?t hidden on mobile devices. For example, if you are selling a product, you want the ?add to basket? button to be easy to find on mobile devices. Another example would be to ensure key content points are bullet pointed straight away, rather than buried in text. If paragraphs are way too long, this can put off many mobile users.

We are still waiting for the dust to settle in order to report on the true winners and losers from Mobilegeddon, however, one of the clear losers so far appears to be Reddit. Take a look around their site and you will find a large number of pages are not mobile friendly, quite surprising for such a big news sharing site.

There are a number of advantages? and disadvantages to both forms. One thing that is definitely worth noting if you do decide to build a mobile site is to add proper canonical tags if you build it through as a subdomain (for duplicate content only). Responsive design has fast become the optimal choice for many, as a mobile site is counted as a completely separate domain, so all the link juice you have pointing through to your main domain won?t be in place for your mobile site. This is also seen as the easier option however, it should be remembered that mobile sites have been shown to have a much greater conversion rate compared to responsive sites, as they are built specifically for that purpose.

It is believed that if your site isn?t mobile friendly, the effects people have predicted are that you will lose all of your organic visits through mobile devices (important to remember this WILL NOT affect your desktop results).? Considering for many websites this figure is around a third of their organic visits, the result can be devastating.

So how long would it take to recover? Google has stated that if your site becomes mobile friendly, then you just need Google to re-crawl your site and you will re-gain those rankings. So, if you aren?t mobile friendly yet, don?t worry too much, just make sure you get it sorted as soon as possible. The fact is, this is an opportunity to gain some rankings from competitors who have been slow to adopt a mobile friendly site, even if only temporarily.

Check out our latest blog posts and guides

Best Paid SEO Tools To Have In Your Arsenal

Our gift to you: a FREE copy of our 5* Rated Amazon Book

In this book, we share the exact strategies we use in our agency to help our clients consistently generate more leads & sales for their business.

Right now, it’s available for purchase in paperback (you can buy it here). However, as our gift to you…